There’s been a stream of dessert parlours popping up in Leicester recently, and Haute Dolci is the newest one in the city. This dessert restaurant is very distinct though. It has set a high standard in offering something different. For example, the marketing strategy of giving out VIP keys when it first opened, to the wonderful interiors of the restaurant! All this has created hype and very high expectations.

The concept and decor seems very much inspired by similar places in Dubai. There’s a combination of soft velvet and leather seating, making the venue grand and plush. On one side of the wall are upholstered button alcoves that gives a luxury intimate feel. Down the centre of the dining area are three gold pillars that adds traditional character. And on the other side is a counter that runs the length of the restaurant. Behind this counter is where all the delightful desserts and treats are carefully crafted. 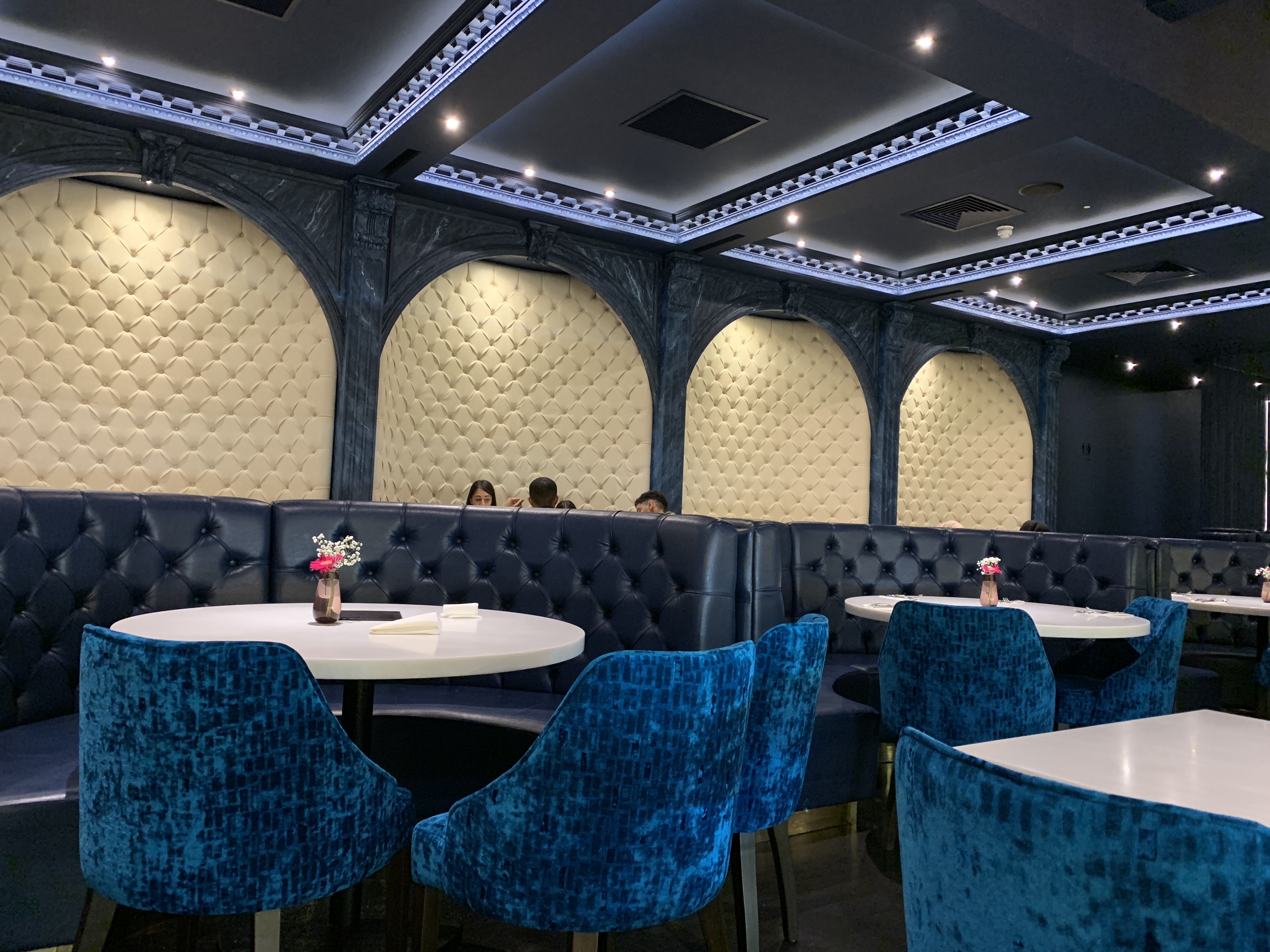 The pancakes are far smaller than the renowned pancakes at KAI. The stack is much more delicate and a perfect sized portion for one. They were light and tasty, and it was a great combination with the cooling ice cream. However, once the maple syrup was added into the mix it became a little sickly, so it was good that the syrup was served separately in a pouring jug. Best to stick to either ice cream or syrup, not both, unless you have a very sweet tooth. 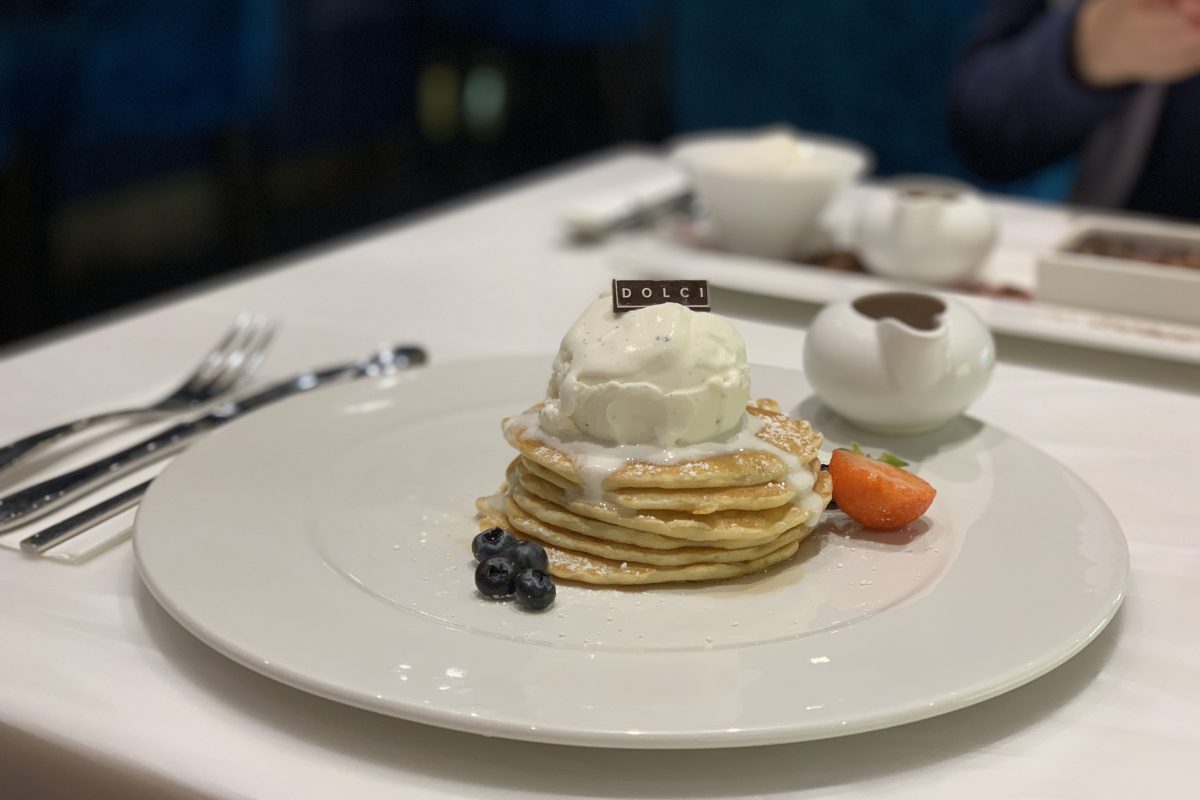 We’ve never been avid fans of cookie dough and have never understood its popularity. But at such a high-end place like this we thought it might be done a little differently. Unfortunately it reaffirmed our apathy towards it. The dessert very quickly became sickly sweet, especially once the ice cream, chocolate sauce and dough was all mixed together. For us it was far too sweet and sticky and we didn’t enjoy the feeling of sugar clinging to our teeth. 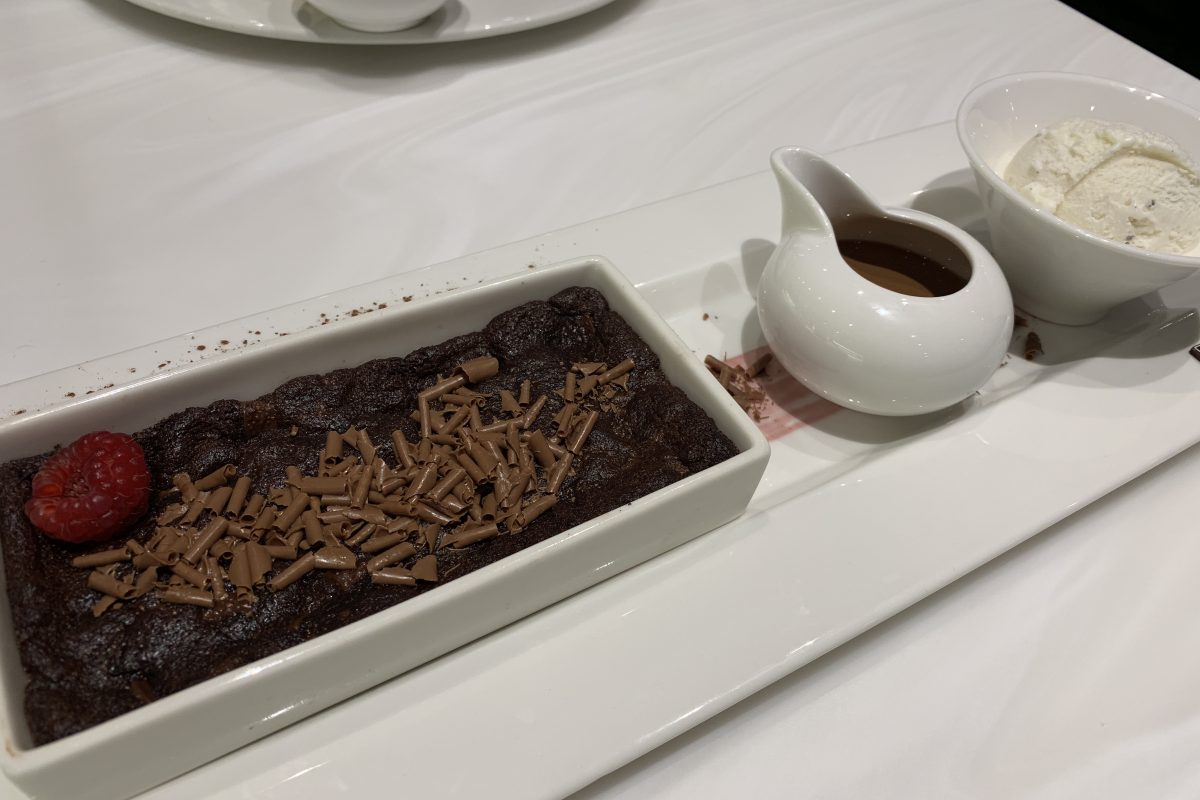 Something was amiss here; there was a disconnect between the lavish, impressive decor and the desserts that we’re being served up. There was a familiarity in the menu items and we discovered it was the same creator behind the successful dessert chain – Heavenly Desserts. We felt it was the exact same desserts elegantly plated and repackaged in a more premium surrounding. The reason we chose the pancake stack because it was one of the very few items that stated it was freshly made and it was the better dessert out of the two we had that night.

Aside from the desserts, the venue is very impressive and the environment is relaxing – great for family and friends. Service was also impeccable and we could really see the staff working together as a team. We really wanted to like it and had hoped it could bring something different to the dessert restaurant scene, but unfortunately it didn’t deliver to a level that matched the fine decor.

Get all the good stuff straight to your inbox every month.

We promise never to spam.